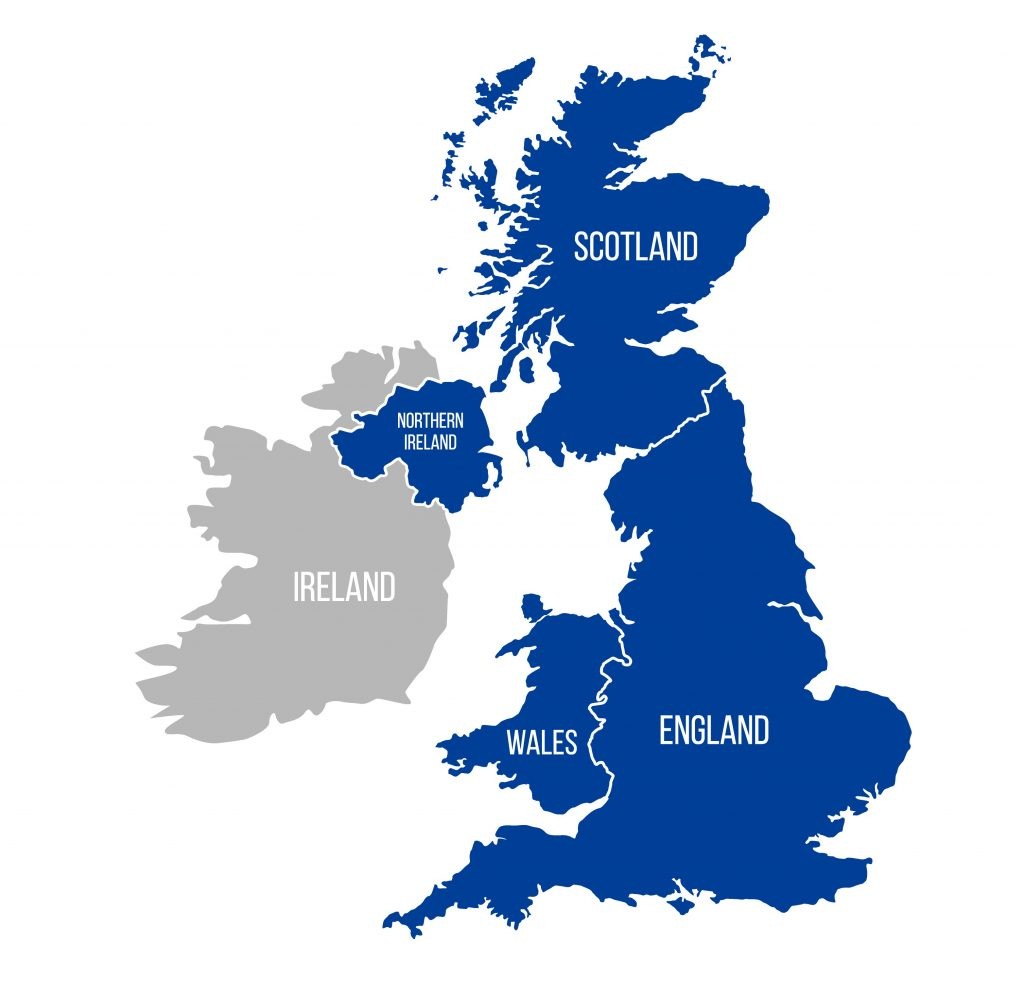 The UK (full name the United Kingdom of Great Britain and Northern Ireland) is an island nation located in the Atlantic ocean off the western coast of Europe.

The UK has been inhabited since the Stone Age, when the famous Stonehenge on Salisbury plain was erected. Over the course of the country’s history, many peoples have inhabited the island, such as Romans, Normans, Celts, Picts, Angles and Saxons. Before the Act of Union in 1707, England and Scotland were separate nations which shared a king, and since then, first the United Kingdom of Great Britain and Ireland, then, after southern Ireland declared independence in 1919, the United kingdom of Great Britain and Northern Ireland has been a country.

The UK is made up of four constituent countries, England, Scotland, Wales and Northern Ireland, as well as the Crown Dependencies of the Isle of Man and the Channel Islands. The UK also has a few Overseas Territories such as Bermuda, Gibraltar and the British Virgin Islands. Each constituent country, Dependency and Overseas Territory has their own government, and a lot of devolution, which the government in Westminster retaining control of affairs such as defence.

As if the name wasn’t enough of a giveaway, the UK is a monarchy, with Queen Elizabeth II as the monarch. Elizabeth came to the throne in 1952, and is currently the UK’s longest -reigning monarch. The heir to the throne is Charles, Prince of Wales, and next in line after him is William, Duke of Cambridge. The Royals have numerous residences in the UK such as Buckingham Palace, Windsor Castle, and Balmoral.

Thank you for reading our blog! As always, please remember to book a Free Trial Lesson with us here at Crown Academy.

We use cookies to provide you with the best browsing experience. The data is used to personalise content, enhance site navigation, analyse site usage and assist in our marketing efforts.